So, it’s been two days since I left London and I want to tell you all about my time there. But, let me say first that I don’t really miss it there. London was a very interesting city and I loved visiting, but I can’t really imagine myself living there. It was so crowded and noisy and overstimulating. I’m really glad to be here at Cambridge and to be settled in.

All that aside, London is a fascinating city. I stayed in a hotel in Soho, which is a super trendy and relatively newer area of London. There were ALOT of little shops and restaurants on every street. We were right next to the British museum, which I never got to visit, but will hopefully get back to. We had a pretty relaxed day when we got there: just dinner and some free time. I went exploring with some of the other study abroad students and we walked down to the Thames to see some of the major landmarks:

Parliment. A truly breathtaking building. It is HUGE.

This is a evening view of the London Eye (built for the celebration of the millenium) from the Westminster Bridge.

The next day we had orientation in he morning and then went on a walking tour of the city in the afternoon. It was so crowded that a walking tour was pretty tricky, and it was nice that I had walked around this area the night before, so I already had my bearings a little bit. Here are some pictures from the tour:

This is inside the Covent Garden market. There are stalls selling handmade and other goods and many places to get food. Like everywhere else we went in London, it was very crowded. 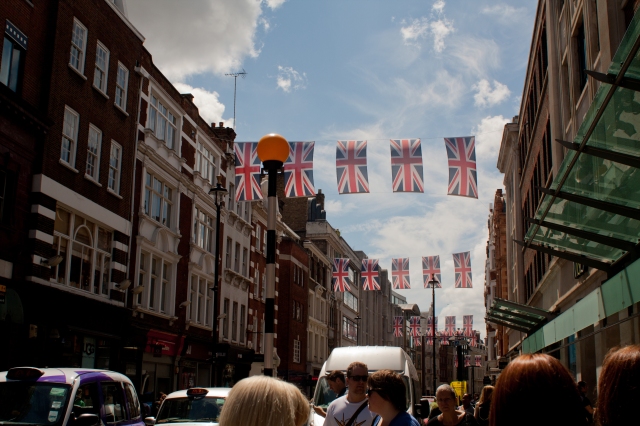 This is just a normal street in central London. I thought it was very patriotic and was a good example of what the streets are like here. 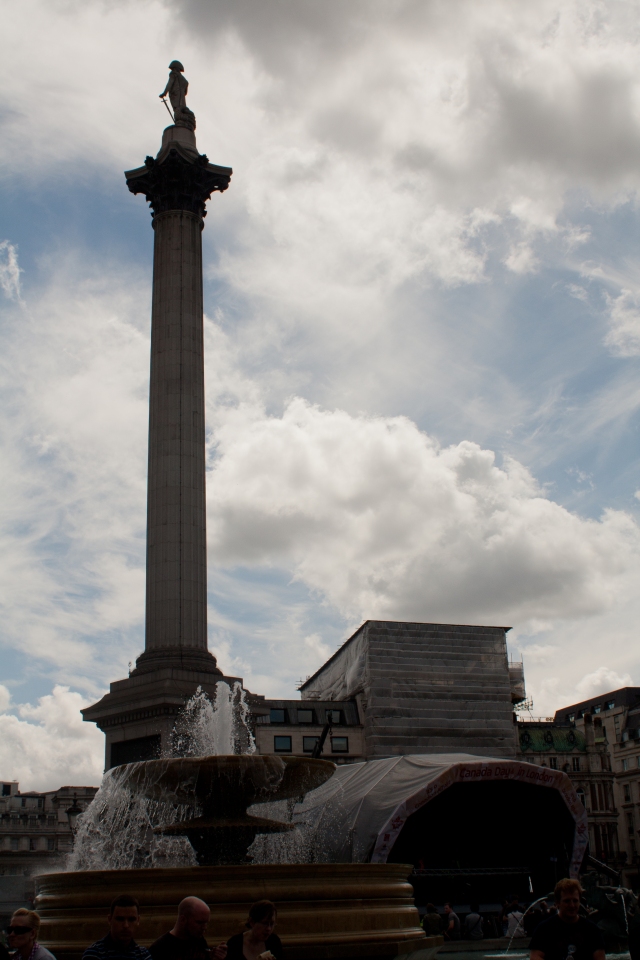 This is Trafalgar square. It was Canada day so there was a big celebration going on. There is always something going on here.

Just a cool building. And London had the most incredible clouds when we were there. 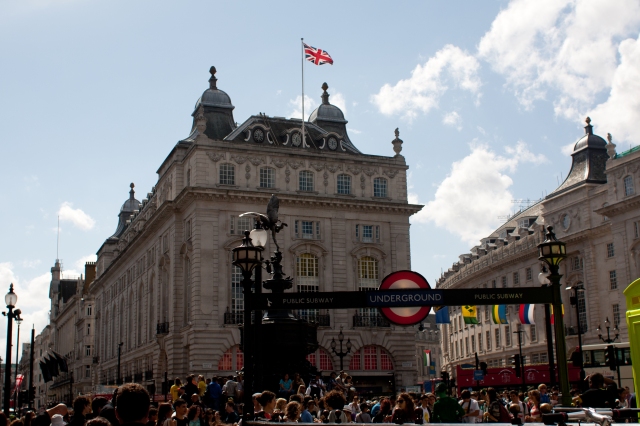 After the tour we got see a play called 39 Steps. It was based on an Alfred Hitchcock movie and over 100 characters were played by 4 actors. They did an incredible job at switching back and forth between all the characters. The theater was tiny and I got to sit in the second row. I really hope I can get back to London to see another play or musical. I am adding that to my growing list of things to do here. That night we went out to an Indian restaurant for dinner. It was delicious. Due to a combination of jet lag and nervousness, I hadn’t really felt like eating before this, so it tasted especially good. In the evening we just went to a pub for a bit. The streets are just as packed at night as they are during the day.

I think that is a long enough post for now. Let me know if there is anything you want me to write about. I’d love to hear from you guys. You can leave comments below this post. Coming up is a post about my journey to Cambridge! Hi! My name is Teresa. I am a photographer, writer, teacher, reader, tea drinker, and campus missionary from Minnesota. I'm currently living in Texas where I'm adjusting to the warm weather and fast driving. I love farmers markets, fresh flowers, art supplies, libraries, thrift stores, museums, and bike rides. I am excited to share my journey with you, so grab a cup of tea and take a look around.

There was an error retrieving images from Instagram. An attempt will be remade in a few minutes.

Need to find something?